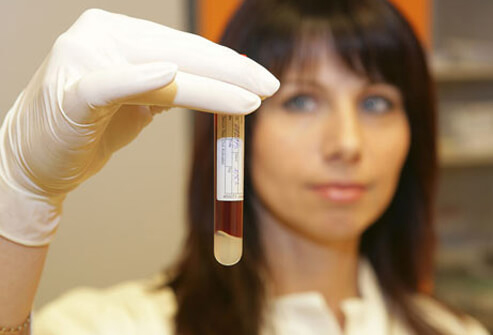 Did you know that according to American Sexual Health Association almost 50 percent of men will get a sexually transported disease at some point in their life?

That’s why it is necessary that we recognize STD symptoms early. A timely intervention can prevent it from becoming a severe health risk.

There are many types of STDs, the 5 most common ones being the following:

HPV is more common than any other STD in both men and women. As per the Centers for Disease Control and Prevention, almost all sexually active adults will get one strain of HPV, if not more, in their life.

There are about 100 types of HPV. Based on the health risk they pose, HPV types can be classified as low-risk or high-risk.

In majority of cases, a person is not aware that he or she has the virus. More the number of sexual partners, greater the risk to HPV. However, a single lifelong partner doesn’t guarantee protection. Use of condoms reduces the risk of infection but doesn’t obliterate the risk completely.

Vaccines are available today that prevent genital warts. HPV Vaccine is recommended for young boys, as well as young girls.

At present, there is no treatment for the HPV virus. With that said, effective treatments are available for diseases that this virus causes specially if detected earlier through tests.

Genital herpes affects women more than men. With that said, nearly 20 percent of men in America have genital herpes. This type of STD usually affects men aged 25 or less.

At present, no cure is available for genital herpes. The good part, however, is that this condition rarely, if ever, turns into a serious health issue.

Symptoms of genital herpes in men include sores, vesicles, blisters, painful ulcers, lesions, itching, or burning sensation around the genital area, upper thighs, or anus. About in 75 percent of cases, there are no symptoms or symptoms are so mild that they are mistaken for a skin condition. 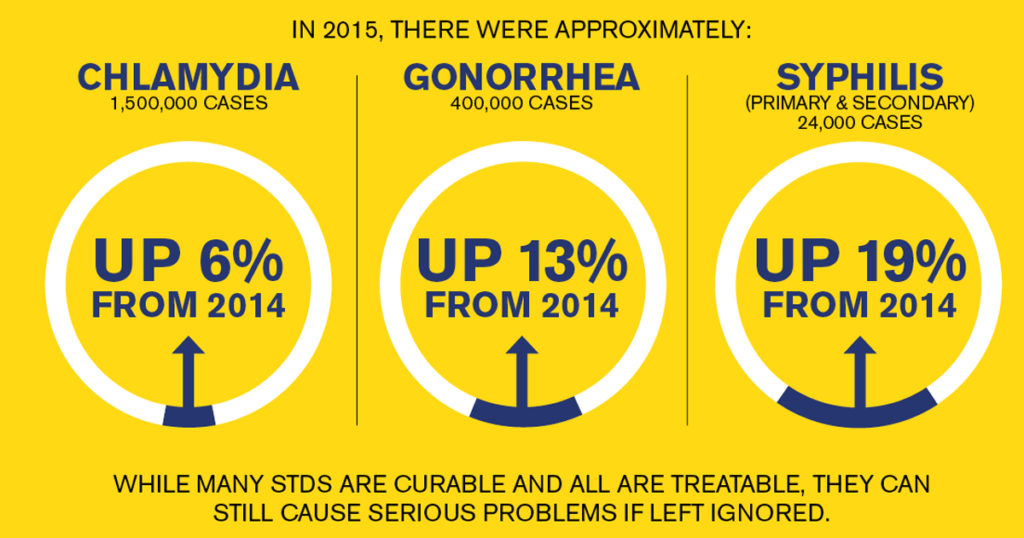 Even though chalmydia is quite common, it remains undetected in up to 50 percent of infected men because the condition hardly causes any symptoms in males. However, the good news is that chalmydia rarely, if ever, causes any health issues in men.

A very common sexually transmitted disease in both genders, gonorrhea can cause genital, rectum, and throat infection in men. Each year, around 820,000 new cases of gonorrhea infection are diagnosed in the U.S. Some people who have gonorrhea don’t have any noticeable symptoms. They are called nonsymptomatic carrier and can still transmit the disease to others.

The first noticeable symptom in men who do exhibit gonorrhea symptoms is a burning sensation while passing urine. As the infection progresses, other symptoms such as the following might appear:

The infection is treated with antibiotics.

Compared to some other STDs, syphilis is less common. Nevertheless, every year tens of thousands of people are diagnosed with this infection. Men are at greater risk to syphilis than women, especially men who have sexual relationship with other men. The infection is treated with antibiotics.

Syphilis is transmitted through sexual intercourse, but it can spread otherwise too. You can contact the infection even by coming into close contact with the mouth, genitals, or rectum of an infected person.

Syphilis has four stages, each with its own symptoms. These four stages are:

But the good news is you can prevent this diseases to be severe through earlier STD test. Being conscious about your health is imperative, check out some health tips from Juice Reviews’s website for more immune system hacks. You can contact Valley STD to get a secure and confidential STD testing.