Sexually transmitted diseases (STDs) such as chlamydia is a common infection that affects everyone whether you are a man or a woman. Anyone who is practicing sexual intercourse is at risk of developing and acquiring the disease, which usually has no symptoms. However, the diseases can be treated easily using certain antibiotics. If the disease is not cured or left untreated, women will have difficulty in getting pregnant.

Chlamydia is a common STD because the bacterium Chlamydia trachomatis can easily cause it. The Centers for Disease Control and Prevention (CDC) has reported that there is an estimated 2.86 million infections every year. The figure is almost 3 million, which makes chlamydia as one of the most frequently reported STD cause by a bacterium in the United States. Because the symptoms of the disease are usually absent or mild, many people are not aware that they have the disease. The disease can infect the vagina, urethra, anus, cervix and penis. It also affects the throat or eyes. It will only be treated if it is diagnosed.

What are the common symptoms and signs of chlamydia?

When the disease appears, these are recognizable within the first to three weeks of exposure. Men may have the disease if they feel symptoms such as painful burning whenever they urinate. They may also experience an unusual discharge from their penis. On the other hand, women may experience more symptoms than men. It includes burning or painful sensation whenever they urinate and abnormal discharge from the vagina. When the infection has already spread, women can feel pain in their pelvic and abdomen. They can also experience pain during sex, bleeding between periods, nausea and fever. Lastly, both men and women can experience other chlamydia symptoms such as infection in the rectum. This may include bleeding or rectal pain.

Who are at risk of getting chlamydia?

Chlamydia is up 2.8% since 2013. Of those 1.4 million reported chlamydia cases, we’re seeing a rate of 456 cases per 100,000 people. Syphilis, both primary and secondary, also the most infectious stages of syphilis has increased by 15.1%! Alongside gonorrhea which has increased 5.1 percent since 2013.

There are also times that it is spread through oral sex. There are cases that the mother transmit the disease to her child particularly during birth. Young women and teenage girls are the most susceptible to the contraction of infections because they have partially matured cervixes. The cervix or the opening to the uterus should be fully matured to lessen the susceptibility of acquiring the disease. This happens only when they get older. For adult men and women, they are exposed to the bacteria if they are engaging in unprotected sex. A male sex partner who has not ejaculated during sex can still expose you to the bacteria and later on develop chlamydia. With these, anyone who have sex is at risk of acquiring the disease.

How to reduce the risk of getting chlamydia?

The surest way of avoiding STDs such as chlamydia is to not have sex. In particular, you should not engage in oral, vaginal or anal sex to keep yourself away from the bacterium. Avoiding sex can guarantee you 100% that you won’t get the disease. However, if you are sexually active, there are several things that you can do to lower the chances or risks of getting the disease. One is to use condoms every time you have sex. Make sure that you are using latex condoms and in the right way. Otherwise, you are not helping yourself avoid the bacterium and prevent the acquisition of the disease. Another more effective way is to stay in a monogamous and long-term relationship with a partner that you love. Make sure that he or she has been tested for STDs and has a negative result.

Who should get tested?

Chlamydia and other STDs are easily transmitted through vaginal, anal and oral sex. So, everyone who engages in any of these forms of sex must get tested. However, there are age groups of men and women that must ensure they get tested on a regular basis especially if they are sexually active. For one, women who are younger than 25 and are sexually active must get tested annually. Women who are over 25 and are experiencing several risk factors should also get tested annually. Individuals who have multiple or new partners should also highly consider getting tested. Pregnant women and men who have sex with other men should also get tested.

Can chlamydia be cured?

Chlamydia can be treated. It can be cured with proper and consistent intake of antibiotics. However, the antibiotics will only work if the person is able to abstain from sex for seven days. In this way, the antibiotics can effectively work in treating the disease and in preventing the spread o the bacteria to other people. Two weeks after the treatment, it is recommended that you get re-tested to make sure that you and your partner, if you have one, can avoid the disease for long-term. Anyone who got treated can still acquire the disease. So, even if chlamydia is curable using antibiotics, the best way still is to avoid sex or maintain a monogamous relationship.

What are the effects of untreated chlamydia?

You can suffer from major problems in your overall health condition if chlamydia is left untreated. In men, the bacterium can spread and reach other parts of their penis, testicles and prostate. This can cause inflammation and pain. If there is no proper treatment, the disease can result to sterility. In women, untreated chlamydia can lead to prenatal problems and chronic pain in the pelvic. When chlamydia repeatedly occurs, it may result to infertility, complications during pregnancy and other serious reproductive issues. Women also have higher chances or risks of acquiring HIV when exposed to chlamydia.

With these, it is important that everyone practice safe sex. It is highly recommended to have a single sexual partner, whom you bring with you to regularly get tested for chlamydia and other STDs. 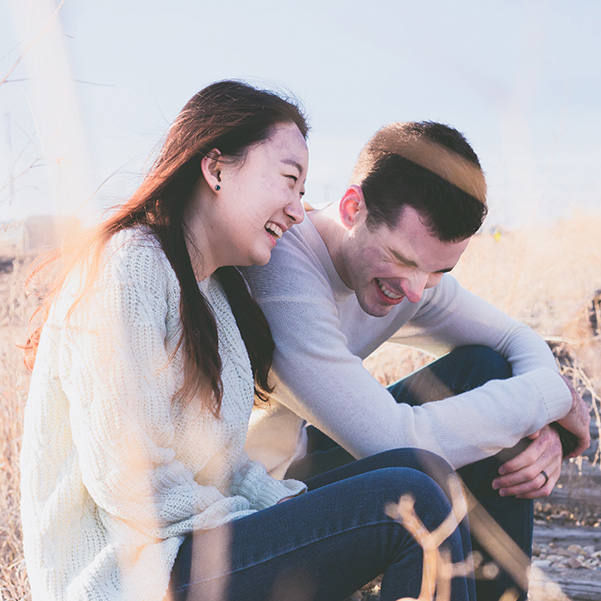 Visit our various std clinics in Fresno, Bakersfield, and Visalia, Delano, and throughout the Central Valley.