The effect of sexually transmitted diseases or STDs such as Syphilis is a problematic disease reconfirmed in both modern science, the media, and culture. STDs like Syphilis are common health threats pervasive throughout society across all demographics. Whether it occur through frequent engagement in unprotected sexual activities or the disease transmission can happen in one night upon contact. For Syphilis statistics in California check out this PDF from the CDC.

Many people are in denial with sexual transmitted diseases even with seen symptoms are being rampant and serious. The Fresno central valley is no exception. Only a few are active in exercising measures to prevent the onset of diseases. This especially holds true for the teenagers and young adults, probably brought about by their ravishing hormones, engage in risky behaviors like having different sexual partners at tender age. They remain passive and continue with their sexual exploits, despite information made available and different organizations promoting awareness and prevention. The number of new cases since year 2002 just doubled, people cannot just turn a blind eye. All the more because the cure is rather expensive, people should prioritize prevention nowadays. Get to know syphilis, its nature, risks, and preventive measures.

Syphilis is a sexually transmitted disease that has long term effects, primarily caused by bacteria called Treponema pallidum. Both oral and anal sex can transmit the disease from one partner to the other. There has been studies that show even prolonged kissing can be a mode of transfer. Toilet seats and exchange of utensils cannot transmit the disease, contrary to common belief. Its diagnosis can be tricky as the disease has manifested symptoms similar to others. The initial sore you feel in your organ can be the same as ingrown hair pain. Studies after studies have shown how syphilis is a silent disease until the latent stage. Read this article that details the fascinating history of Syphilis and it’s dire effects before treatment. 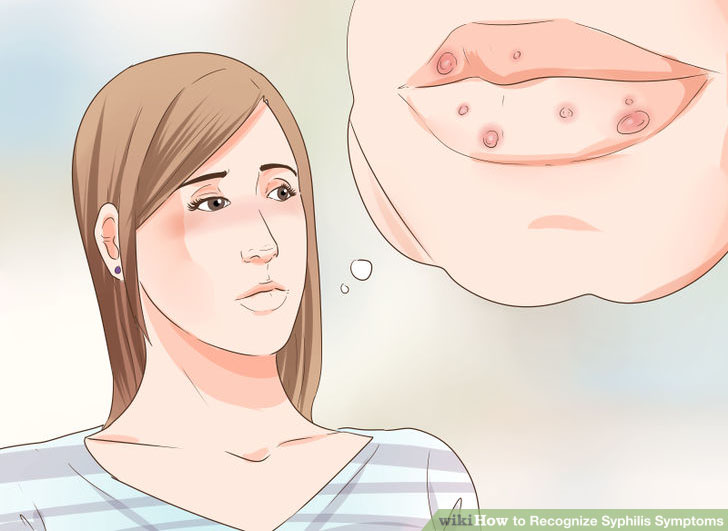 There’s also congenital syphilis where infected pregnant women can transfer the disease to their unborn baby, leading to fetal complications or worse, death.

It is divided into three stages where during the primary stage, the symptoms could be simple as having flat, round and painless rashes in selected body areas, particularly around genitals and mouth. These rashes may be mistaken as ordinary ones and would be cured in due time even without treatment. The period lasts for an average of three weeks or roughly about 10 to 90 days, and within six weeks the rashes disappear without scars.

During the secondary stage, the rashes get redder in color, spreading over in other parts of the body say on the palms of the hand and soles of the feet. Note that the rashes may differ in appearance in various body parts. Moist warts around the genitals, while patches around the mouth. Fever, weight loss, swollen lymph glands are symptoms that come along with the rashes. But then again, these symptoms that last for around six weeks to six months just disappear even without treatment.

The latent phase is where complication gets worse, damaging important parts like the brain, the heart and the nerves. Some even result to blindness, dementia, impotence, and death as the infection lies thrives. The period can stretch to 10 years without obvious and troubling symptoms, that’s how complicated it can get.

As mentioned, the risks involved can be as tragic as death when syphilis is left untreated. The disease works by targeting critical areas- brain, heart and nerves- in the long run, silently spreading the infection. Your organs also deteriorate, reason why blindness, deafness, impotence, and dementia are common during the latent phase.

The risk does not just revolve around the affected person. The family, for one, also suffer emotionally, socially, and financially. Further, the disease is bacterial in nature, can therefore be transmitted. As mentioned, pregnant women can spread the disease to her unborn child. The child in turn may be born with silent signs of syphilis, or there may exist complications resulting to stillbirth. Further, a person undiagnosed can unknowingly spread the disease to his or her partner with just one sexual contact. Reason why, early diagnosis or regular testing for those who have active sexual lives and different sexual partners is highly recommended. 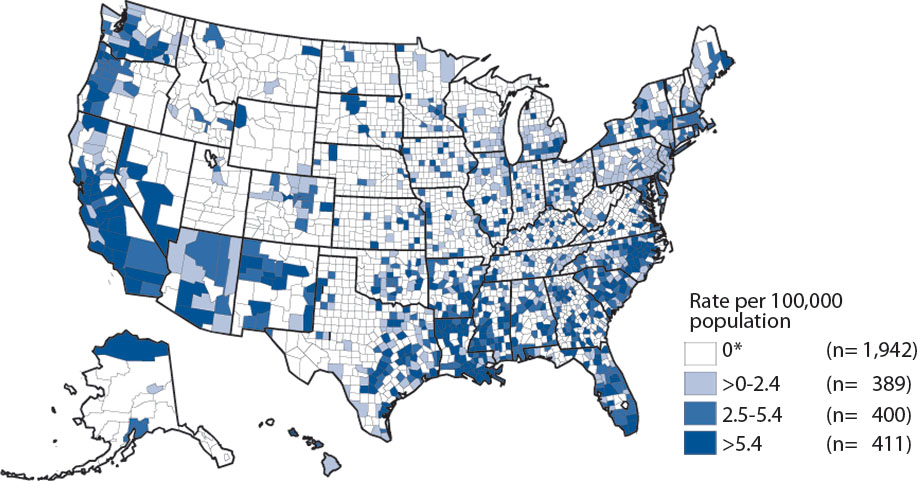 Rate of Syphilis across the U.S.

Disease detection is through blood testing. Early signs of syphilis shouldn’t be regarded carelessly. Onset of rashes that dissipate one moment and come back the next few months should alert anyone for immediate blood testing. The procedure is rather inexpensive, plus there are government health centers that offer free testing because syphilis and other sexual transmitted diseases are public health threats. There’s no excuse for not acting.

Normally, if the diagnosis is done during the early stages, the treatment requires a single dose of strong antibiotics like penicillin, tetracycline, or doxycycline. Once you’re diagnosed at later stages, higher doses of antibiotics will be needed to completely destroy the bacteria. Although the damage done is irreversible, the blindness or the skin traces, syphilis can be cured. Thank to science breakthroughs and there is hope for more advanced detection methods and available STD immunization.

Apart from medicine, lifestyle measures have to complement the syphilis treatment. During the treatment, abstinence from sexual activity is required, lest the disease will be spread. Eating healthy and exercising are also expected for stronger immune system while your body is fighting the bacteria inside. Other activities may be restricted by your doctor, depending on your case and progress. Best to consult your physician since day one.

For preventive measures, avoid sexual contact with strangers. Unless your partner is tested, use condom every time you engage in sexual encounter. Of course, if you notice your partner experiencing symptoms of syphilis, better be careful and agree on testing right away. Again, prevention is always better than cure. You most certainly do not want to go through the prolonged agony of battling the silent disease, all because of one night of careless fun and pleasure.